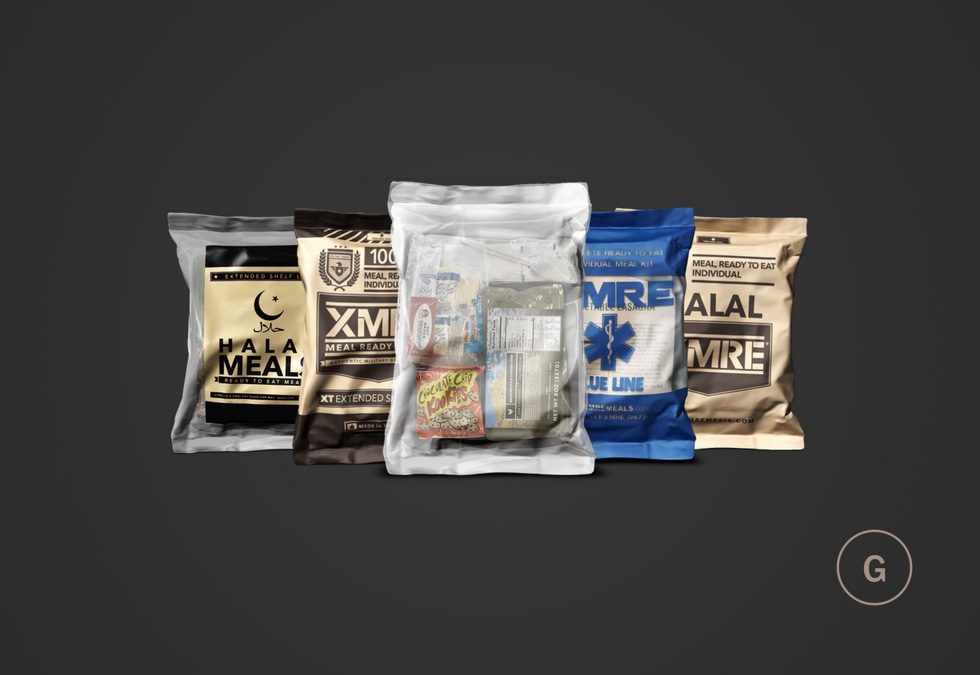 LRP is a Long Range Patrol that is another variant of MRE meals. This meal has different accessory packs. This meal is specially designed for the military troops who do not receive long-term resupplies of the food. For this particular meal, the weight is a critical factor. It does not require any preparations for eating. It can be quickly consumed during the combat.

TOTM variant of the MRE

The meal is so uniquely designed that it is an upgraded version of the military MRE and the content is almost the same. Therefore, the soldiers training in a classroom can directly experience an MRE with low calories.

There is a total of 36 distinct meals, and they are made by combining 12 menus of three separate lists. Each case has a total of 12 different meals that are assorted. Almost all the TOTM are weighed 20lbs, and the volume is 0.95 feet cubed. The shelf life for this particular meal is shorter compared to the traditional MRE meal.

UGR is the utilized group ration that is also a variant of the MRE. This ration has been designed to feed a larger troop than an individual soldier for 21 days. The ration is sealed in metal trays that are eaten after the heating process. The food is already cooked but just needs to be heated.

Sometimes the pilots in the aircraft and the soldiers require some hands-on ration for carrying along themselves, in emergencies. This ration is small in size, weighs less and is portable. They can all be fitted inside lifeboats in the storage areas.

All of these are the different variants of the MRE available for sale that has been updated and researched upon to meet the hunger requirements of the various soldiers, service members and refugees. To ensure that all the rangers get the maximum nutrition to perform well in the combat research has been done on every single MRE meal so that they get the most out of it.

The weights, nutritional values along with the religious background have been keenly kept in mind before the meals are made ready for shipping or drop to the warriors in combat.

MREs as an emergency food that can be eaten without cooking

This is an emergency food for not only soldiers. No preparation for such foods is required therefore they can be used anywhere. So suppose whether you are running for driving a truck or you are living in the tent as a refugee, the preparation of this food is easy and can be ready under five minutes. You just need to open the lid, add some water, sealed the top and eat from the package.