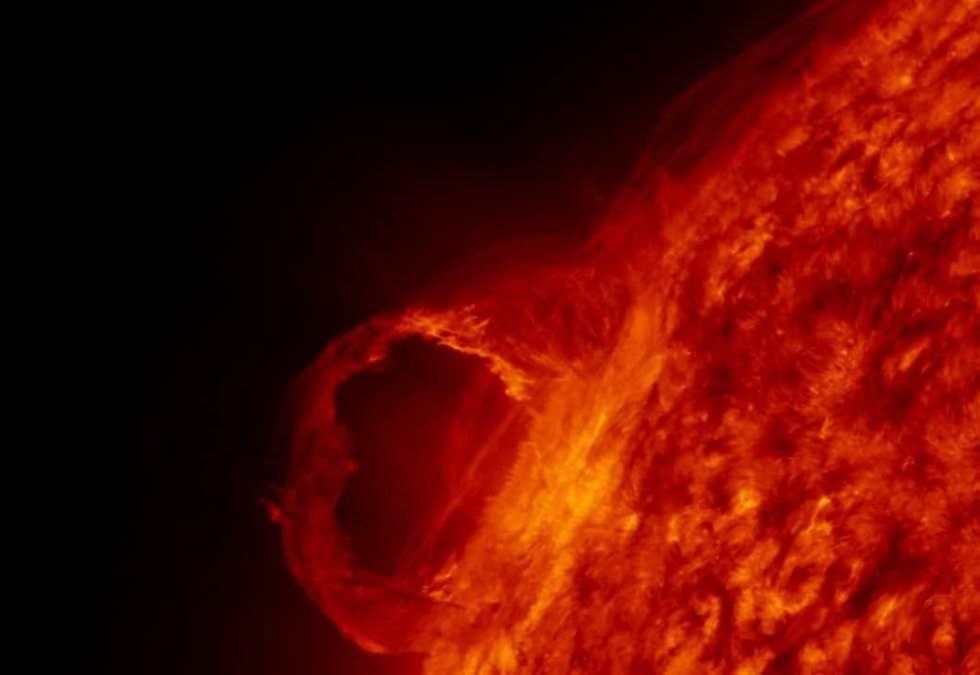 Solar Storms: Are You Ready For Them?

Of all the potential disasters you could be worried about, solar storms aren’t likely to rank high on the list. Perhaps space weather deserves a little more of your attention. Far from being the stuff of old science fiction stories, solar storms are very real and very dangerous. Scientists have seen extreme solar storms in the past few years that would have been absolutely devastating if they reached Earth.

Solar storms deserve the title of “the invisible natural disaster.” The sun is constantly emitting solar flares, magnetized streams of outbound coronal material. When a large number of powerful flares are released in close proximity, the result is a solar storm – and with enough bad luck, it could be aimed right at Earth. While these streams of charged particles are impossible to see, if they hit our planet they could spell the end of all sorts of advanced telecommunications equipment. Power plants, radar sets, cell phones, GPS satellites, and much more would be affected. A sufficiently potent storm could wreck the transportation and energy systems we rely on in a cataclysmic way.

It’s the very science fiction nature of a solar storm that renders it frightening. A big enough storm could spell the end of modern civilization entirely and send survivors back into the dark ages. Despite the very real threat these storms pose, they’re frequently overlooked by people who take an interest in disaster preparedness.

Janet Luhmann, a scientist working on the Solar Terrestrial Observatory (STEREO), spoke with Forbes last year about the unacknowledged danger of solar storms. She compared them to earthquakes in that people are unable to truly imagine the dangers involved without experiencing them first-hand. Though the Earth has been struck by solar storms in the past hundred years, the lasting impacts have been relatively minor: Intermittent blackouts, radio interference, and the occasional disruption of GPS service.

The largest solar storm ever recorded was the 1859 Carrington Event. At the time the human race was distinctly short of vulnerable technology. If storms of a similar magnitude were to strike today, though, the damage is estimated to cost $2.6 trillion to repair. That’s 20 times as much as a major hurricane like Katrina.

A dollar value assigned to damages doesn’t really tell us anything about what living through a major solar storm would be like. It’s likely that storms would shut down many services, schools, and workplaces, not unlike terrestrial weather. How long would the disruption last, though? Hunkering down in your home would be a virtual necessity – do you have the supplies you need to go self-sufficient for a week?

Stock a complete supply of food and water to last your family for a week. This frees you from the need to fight through panicky crowds at grocery stores operating on a cash-only basis.

MREs make a perfect all-around emergency food stash thanks to their five-year shelf life and easy storability. Though MREs don’t require any sort of additional cooking, each one contains a chemical heater that works on 30ml of water.

Our recommendation is to stock two MREs per adult per day. (This provides about 2,400 calories.) For a family of four, a week’s supply of food and water would require 30 gallons of water and five cases of three-course MREs.

Emergency Drinks Which Are Vital For Your Supplies
The Most Popular Food Snacks Invented By The U.S. Military