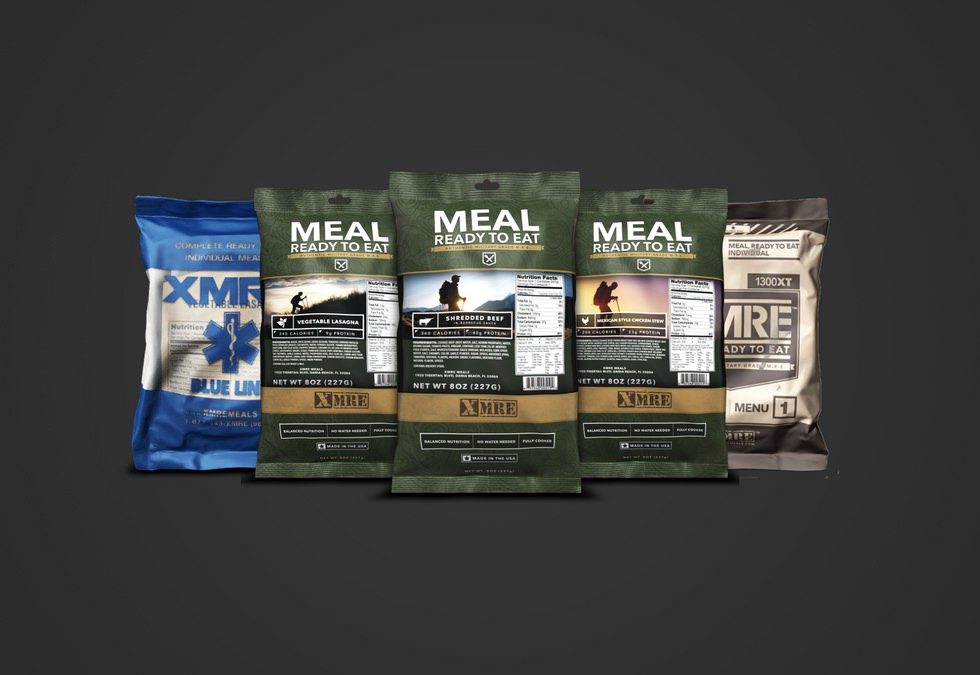 The Reasons To Buy Meals Ready To Eat

When you get right down to it, there are several reasons to buy meals ready to eat. Whether you’re camping out in the wilderness or stocking up a survival shelter, MREs are the way to go.

Many people will argue that canned goods are better. The idea is that they’re more stable, offer more variety, and you can depend on them to be high quality for longer.

Some of that may have been true for one reason or another, but these days MREs trump any other form of preserved food. Once you know a little more about MREs and how they work, the reasons to buy them will become clear.

How Long Do MREs Last?

The chemical engineering behind the average MRE is intended for the food to be stored and last as long as possible. This is no different from canning or sou vide. However, MREs offer one full meal, instead of one to three servings of one food item.

At bare minimum, an MRE stored in an 80 degree Fahrenheit environment should last at least three whole years. However, keeping it in a cooler place such as a pantry or backpack allows them to last even longer. MREs stored in a cool, dry and dark place have been reported to be perfectly edible even after fifteen years, though these MREs were almost assuredly stored under ideal conditions.

Storage conditions are the major reason MREs had a reputation for being unreliable. For a number of years, the only MREs you could get on the civilian market were from active duty or former U.S. military employees. Sometimes these would be left over from a recent camping trip and were purchased at the PX less than a month ago. Other times, these MREs may have been kept in 120 degree desert climates for several months straight.

With civilian MREs, this worry goes out the window. You know when you buy MREs online or in a survival goods shop you’re buying fresh.

Under all conditions, an MRE will maintain its flavor until the very end of its shelf life. Indeed, many people eating fifteen year old MREs have reported that the flavor was good enough to eat even after all the time that had passed since the meal was manufactured.

What Kind of Nutrition is in an MRE?

MREs were originally designed to ensure that military forces could continue their work even under heavy, physically grueling conditions. That’s to say nothing of how many calories are burnt in a genuine combat situation. Civilian MREs aren’t quite so filled with nutrients and calories, but given as most civilians rarely find themselves in genuine combat situations, it’s hardly surprising that civilian MREs aren’t the same as military MREs.

Among other differences, civilian MREs have fewer calories than military MREs. In addition, even should you purchase MREs that do have the same calorie count it won’t be the same nutritional value. The U.S. Military keeps their MRE recipes top secret, so the best civilian MREs can do is approximate those cooking techniques.

However, a major part of the appeal of MREs is their calorie count. Most MREs start at around 500 calories a piece for the lightest meals, typically intended for snacking. The heavy duty stuff tends to clock in around 2,000 calories, enough calories for an entire day in a typical lifestyle. Exactly how many calories your MREs need depends on the kind of exercise you’ll be getting.

A simple weekend camping trip for leisure may not require something as calorie dense as an MRE. While these weekend trips are loads of fun and wonderful exercise, it’s unlikely you’ll find yourself in a situation where every last calorie counts. In that case, there are lighter civilian MREs or self-heating meals from Omeals. Since they keep so well and come in pouches, they’re easy to carry and you won’t have to cook.

On the other hand, if you’re traveling under more difficult conditions such as heavy snow or rain then you’ll want something heavy duty. Even if conditions aren’t difficult, you may be carrying a heavy amount of equipment. This is often the case with many hunters, lumberjacks, film makers or just people who want to ensure they have enough beverages for a good wilderness party.

You may be expecting to do labor a lot heavier than just walking with one’s pack, as well. Only you know your plans. But if you do have heavier plans, it will probably require a heavier intake of calories. Depending on the exact circumstances, meals of 1,000 calories may be more than justified, though meals of around 2,000 calories are not recommended except under the most dire circumstances.

So How Many Calories Do I Need?

The calories a traveler needs will vary depending on how much they exercise out on the trail. Hiking for an hour typically burns between 400 and 600 calories depending on weight. This generally means that a bag filled with lighter MREs or even just calorie dense groceries will probably do the trick.

MREs of around 500 to 800 calories will likely suffice if one is certain they’ll be hiking for a long period of time. Hiking through snow can probably call for MREs that contain between 300 and 500 calories more than that.

Carrying extra weight can also be a factor in how heavy an MRE you need. It’s nearly impossible to create a universal formula for how many calories a specific endeavour will call for. As such, a broad generalisations may be helpful. Carrying a noticeable amount of weight will burn between 100 and 200 calories for every half hour (again depending on the individual person’s weight), meaning that one will likely need extra calories to carry all their gear.

As a rough estimate, an additional 800 to 1,000 calories may be called for if one is going to be undergoing heavy labor while traveling.

Lastly, if you’re going to be traveling for a long period of time then it may be appropriate to get the 3000+ calorie MREs. These are generally designed to be eaten throughout the day rather than an individual meal. They’re great for traveling light.

The History Of MREs: Meals Ready To Eat
Easy Tips For The Great Camping Experience